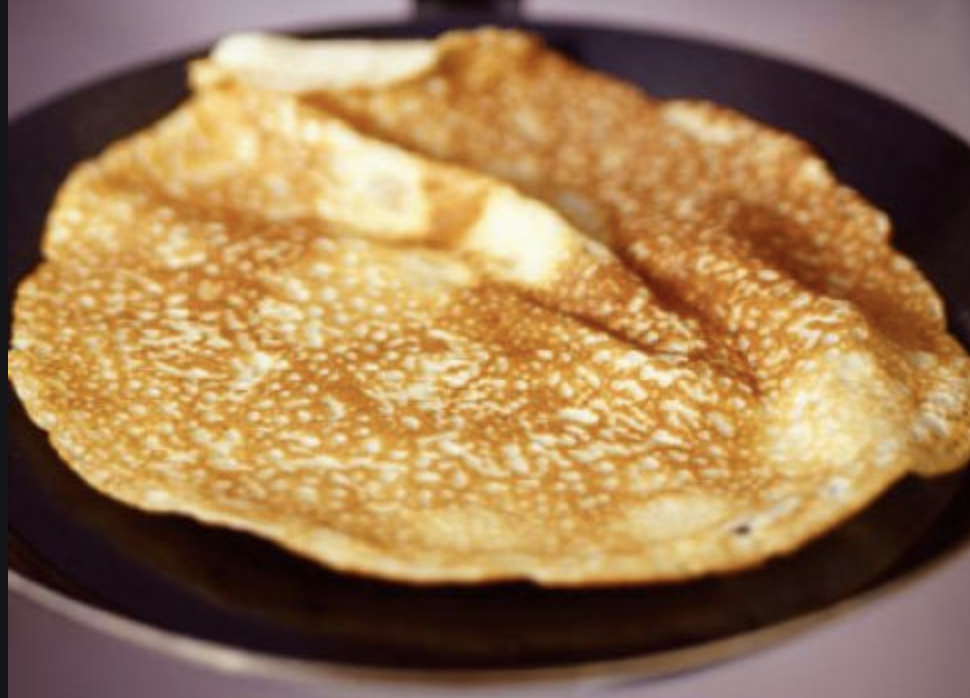 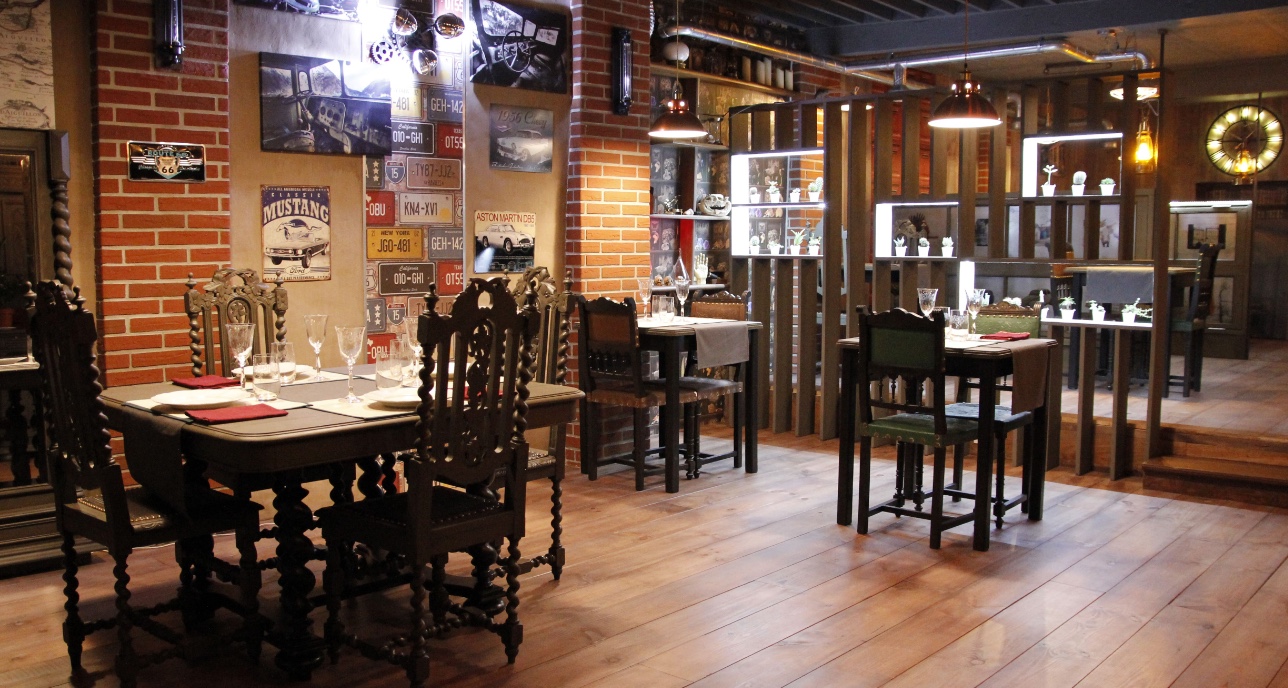 A flavour of Romance at Willeric , this quirky restaurant inClairac .

A small restaurant named Willeric about 8 minutes from your holiday home here at Gone Fishin’ hidden away in this little old fashioned village Clairac.

The history of this now famous quirky restaurant … 29 rue Gambetta was an old bar-hotel-restaurant, owned  by Mme Dieuzaide, from 1963 to 2000. Closed for eighteen years, it is now completely transformed into a new restaurant, retro style  of the late nineteenth century.

Fantastic that you can book online by choosing the calendar on their website enjoy there wonderful website here.. https://willeric.fr/ Open Friday to Monday, lunch and dinner.
Closed Tuesdays, Wednesdays and Thursdays. Full contact details on their site.

Where you can see there full menu .

From Starters Duo of trout in ceviche and smoked salmon
Not too sure about the translation here ..Snail slipper with Mediterranean flavorsRoyale of tomato and its velouté “gobi ka” again translation makes a smile.

All pictures courtesy of Willeric.  Just 8 minutes fron your holiday home here at Gone Fishin in the Sunny Lot et Garonne. A should in the morning you feel like enjoying some carp fishing the its simpy in your garden … enjoy https://gonefishin-holiday4two.com/ 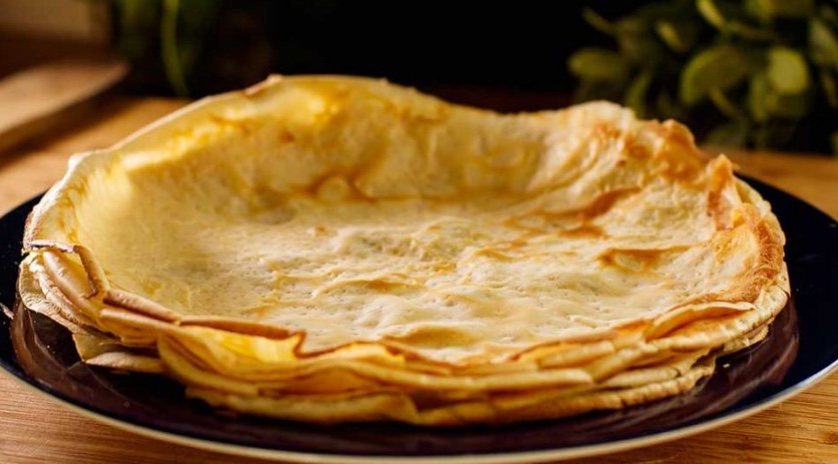 Pancake Day we missed it! February 2nd. In France its called la Chandeleur yet another excuse for a French feast!

Enjoyed very much in this region Lot et Garonne Aquitaine, so much so that in some of the traditional markets a taster we being given out and enjoyed by all.

Enjoy watching how to make a traditional French pancake.

Lets not forget Rick Stein who enjoyed cooking the traditional Cassoulet whilst travelling through the Lot et Garonne down the canal du midi on his boat. 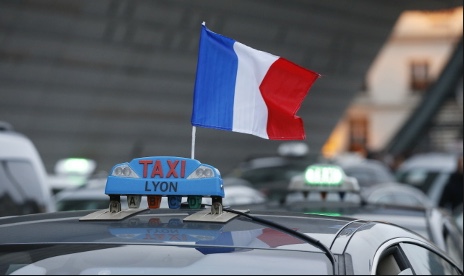 Christmas is underway in Bordeaux with roasted chestnuts and mulled wine or oysters and white wine being offered freely to many shoppers.

Why not visit a Christmas  Circus or a visit to the extravagantly  decorated Castles.

Even the  Museums and the street artists are feeling Christmassy.

It’s a wonderful time in Bordeaux … With all the flavours The Bordeaux Tourist has organised with the Chamber of Commerce for the first weekend of December.

But whatever your choice, you will not escape the magic of Christmas in the cities be it Bordeaux or Agen or Villeneuve sur Lot.

A reminder Bordeaux is a fabulous wine growing region, and it is a port city of the Garonne river in South West France .

There are beautiful mansions 18 to 19th century and notable art museums for example The Musée des Beaux-Arts de Bordeaux.

The dynamic curving river quays have the beautiful public gardens running alongside.

A must is the Grande Opera House ….Christmas spectacular at the Opera de Versailles, le Grand-Théâtre de Bordeaux

A place not to be me missed especially at Christmas time is Known as Paul’s Place in Bordeaux    https://www.paulsplacebordeaux.com/

A small restaurant in the heart of Bordeaux offering Home cooking exceptional…for the evenings.

When you enter Paul’s place you will see the walls and ceilings are richly covered with images and artefacts.

A treasure box of delights.

Whatever the occasion it’s the place to go be it just for a drink, a meal or listen to the live music.

A taste of music whats on this next week..

We are certainly off to enjoy the Christmas feel in Bordeaux next week.

So easy from Gone Fishin here in the sunny Lot et Garonne. We just take an 8 minute drive to Aiguillon station, catch the train to Bordeaux and within 1hr 10 minutes can be enjoying the Christmas spirit in the wonderful town of Bordeaux.

Where is the best spot to take a selfie you might ask yourself whilst on holiday here at Gone Fishin Aiguillon just 1hr from Bordeaux.

Perhaps we could suggest a good selfie would be your catch of the day around our carp lake if you were a fisherman.

But To be honest our guests love a day out down at Arcachon close to the bustling city of Bordeaux.

Go climbing the Grande  Dune du Pilat, this is the tallest sand dune in Europe.

Located in La Teste-de-Buch in the Arcachon Bay area just 60km from Bordeaux.

So, should you make to the top of the largest sand dune in Europe it would surely be  be the best and unique place to take that  selfie.

This sand dune is enormous measuring 500 meter in width , 3 km in length and rising to a height of 107 meter above sea level.

The formation and movement has slowly caused the dune to slowly migrate away from the coast, engulfing the trees of an inland pine forest .

After ( to recover) you might enjoy a visit into Arcachon itself, enjoy the famous casino and many restaurants. A truly beautiful replace, at this very popular weekend retreat for many especially the people of Bordeaux City.

Arcachon is associated with a place of health and in recovery. The fresh sea air of Arcachon is said to recuperate various ailments.

Across the bay is Cape de Ferret, a popular with many famous celebrities, many of whom have holiday homes in this chic seaside resort. The lovely town is divided into 5 sections namely, the summer town, autumn town, winter town, spring town and a beach resort.

The casino was originally a chateau  – The Chateau Deganne and in 1904 was converted into the casino .

In the early part of 20th-century Paris and Bordeaux bourgeoisie came spend the summer in Arcachon , so the town was obliged to create a distraction in the form of a casino . 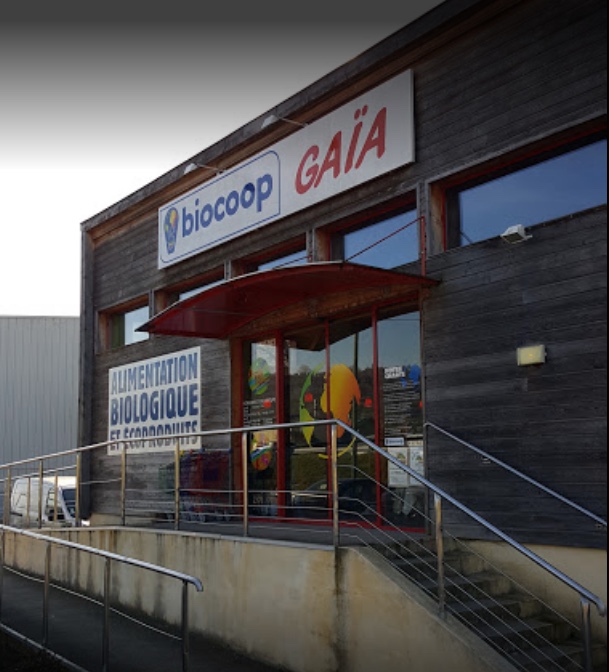 Just 10 minutes from your holiday home here at Gone Fishin in the sunny Lot et Garonne you will find a fabulous organic shop Biocoop Gaia that specialises not only in local organic produce from surrounding areas of Aiguillon , Clairac and Marmande but all things for the home that is using organics . No plastics in sight. Facial creams and make up and many medical organic products. The family that run it are Dutch and all speak English  so indeed many of our English guests go and have a chatter , buy products and thoroughly enjoy the experience .

Since the beginning of its creation, 20 years ago, they have managed their store as a cooperative. It is a motivated team, united by common values ​​and a love of their produce  that will welcome you at GAIA. As a member of the Biocoop network, Gaia is committed to respecting a common charter by supporting the development of organic and fair farming, in partnership with producer groups.

Their products are rigorously selected by their network and meet the specifications of organic farming, fair trade and eco-products.
Located near the small village of Port St Marie, in the heart of a production basin, they favor live purchases from local producers.

We also can introduce you to a number of local apple growers whose produce is purely organic . 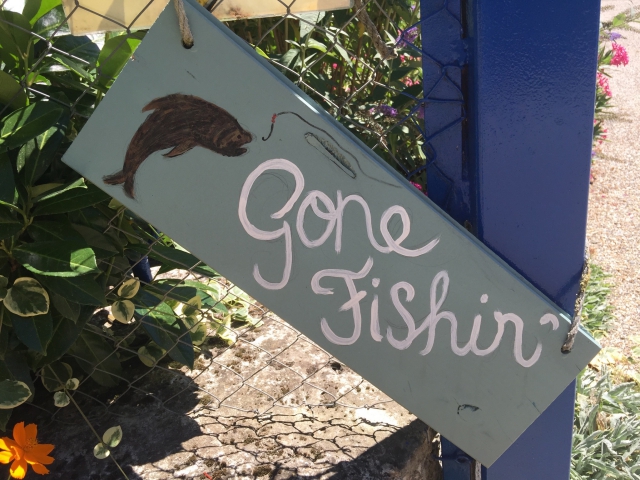 And yes, the Carp Fishing is free. This is not a Carp Fishing holiday its just a bonus and it is really free.

We have awaiting your arrival Fresh Croissants , Baguette, a breakfast ensemble of Jams, Butter and Marmalade. A fresh ham salad ready for eating with a bottle of either a red or white wine of the region.

This means total relaxation no need to think of shopping and no rush in the morning. Bliss….. the holiday is on course

You arrive as guests but leave as friends.